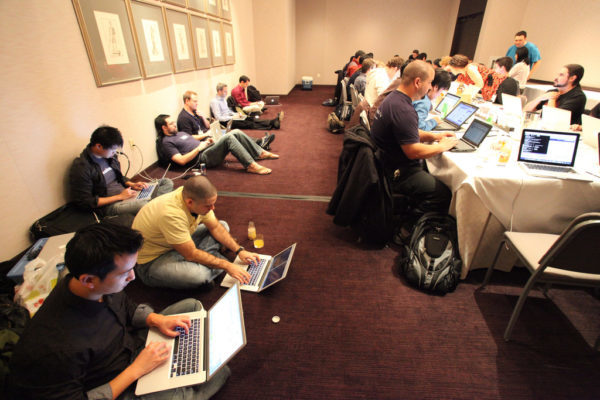 Nick Confessore, one of The New York Times’s better-known investigative reporters, appeared on MSNBC’s “All in with Chris Hayes” within hours of The Times publishing its bombshell exposé on how Facebook dealt with the Russian crisis. The story was aptly titled “Delay, Deny and Deflect: How Facebook’s Leaders Fought Through Crisis.”

After six months of reporting for which five Times journalists interviewed more than 50 people in and outside of the company, it was clear that Facebook — and specifically its two top executives Mark Zuckerberg and Sheryl Sandberg — disregarded the core tenets of crisis PR. Rather than come clean quickly with the facts as they knew them when they knew them, The Times alleges that Facebook’s leadership purposely misled the public (and its own board) in an effort to downplay the depth of the Russian breach of its global social influence platform.

“Later that day, the company’s abbreviated blog post went up. It said little about fake accounts or the organic posts created by Russian trolls that had gone viral on Facebook, disclosing only that Russian agents had spent roughly $100,000 — a relatively tiny sum — on approximately 3,000 ads.”

When that statement and a photo op at its “war room” failed to quell the growing public, regulatory and investor firestorms — compounded by the Cambridge Analytica scandal — Facebook retained a GOP-skewed “oppo research” firm named “Definers” to curry favor with the Republicans now running Washington.

Facebook’s Sheryl Sandberg will keep her job, but she can no longer escape the problems she helped create. Sources explained ways in which her strategy was troubling — focusing on fixing perception vs problem, surrounding herself with trusted lieutenants https://t.co/VZVQGCaOWu pic.twitter.com/XL4QgUzb42

This Beltway-based “public affairs” firm created a disinformation campaign targeting the company’s detractors through content posted to its owned “news” site, which right wing “news” sites then amplified. The deflection campaign pinned its woes in part on George Soros and included Google and Apple to make it appear as if this was an industry vs. company-wide issue, which, in the case of Google, rang true.

“The rash of news coverage was no accident: NTK is an affiliate of Definers, sharing offices and staff with the public relations firm in Arlington, Va. Many NTK Network stories are written by staff members at Definers or America Rising, the company’s political opposition-research arm, to attack their clients’ enemies. While the NTK Network does not have a large audience of its own, its content is frequently picked up by popular conservative outlets, including Breitbart.”

In his Chris Hayes appearance, Mr. Confessore, a Princeton alum and regular MSNBC contributor, categorized these moves under the “PR” umbrella, as if this behavior is standard industry practice. It isn’t. The opacity with which Facebook addressed its mounting crises and the company’s contradictory internal and external posturing goes counter to the ethos of savvy crisis managers.

Nor unexpectedly, many influential media and tech pundits were aghast at the revelations in the bombshell Times report. They were not shy to take to Twitter to say so:

Ooof and well played @sheeraf — you rock! An out of touch Zuckerberg petting cows is not a good look. Also let’s please keep in mind, he is still responsible as controlling shareholder and CEO, so let’s not let him off the hook: https://t.co/rXspcwOIBf pic.twitter.com/kC7Tz3xxRJ

Delay, Deny and Deflect: How Facebook’s Leaders Fought Through Crisis. Read this twice. It will take 2-3 more reads to grasp it all. Conclusion: babes in the political woods try to play both sides, screw it up. Low motives, high comedy, zero integrity. https://t.co/Bw0Lld3MEj

— Served up Mark Zuckerberg to reporters by phone

— Issued a statement from the Board of Directors

But the damage was done. The stock tanked, but more importantly so did Facebook’s already sullied reputation.

FB strategy: 1) It didn’t happen, or wasn’t that big a deal. 2) If it did happen, we apologize, and will try hard to make sure it won’t happen again. 3) It happened again? That’s because we are still working on it, but we care deeply. 4) Rinse and repeat https://t.co/pZ8BQFZQJo

“The revelations may be ‘the straw that breaks the camel’s back,’ said Rishad Tobaccowala, chief growth officer for the Publicis Groupe. ‘Now we know Facebook will do whatever it takes to make money. They have absolutely no morals.’” advertisers sound off: https://t.co/L0poeqeKWD

Since that initial fire drill, Facebook has ratcheted up its PR offensive. But rather than express contrition as industry watchers would expect, the company doubled down with sit-down TV interviews offered exclusively — a carrot they hoped would soften the tone. It didn’t…judging from the headlines:

“Facebook’s Sheryl Sandberg to CBS: “We absolutely did not pay anyone to create fake news” (Sheryl Sandberg with Norah O’Donnell on CBS “This Morning” )

Separately, the company served up its former chief security officer Alex Stamos in an op-ed in the Washington Post, who again tried to spin the Russian attack as an industry issue: “Yes, Facebook made mistakes in 2016. But we weren’t the only ones.”

And finally, in one of the company’s most audacious moves (on Thanksgiving eve, no less), its soon-to-be former chief communications chief Elliot Schrage fell on his own sword by explaining/rationalizing “his” hiring of a firm whose nefarious tactics go counter to PRSA’s code of ethics. In it, Schrage admits on the Facebook blog to targeting George Soros among others:

It only raised new questions. From Kara Swisher:

I have had too much tequila to translate this is for you all, except to say there is a whole lot going on here that is riveting and perplexing for anyone who knows this company and these players: Elliot Schrage on Definers – Facebook Newsroom https://t.co/MdhGVsO4t6

Facebook drops press statement at close of business before public holiday. It’s about it’s use of Definers, controversial Popov research firm. Question: this ‘research’ was it conducted on journalists?? pic.twitter.com/o3L18QV1xB

It also prompted this unusual headline and story in The New York Times:

The timing of Schrage’s mea culpa is indicative of how Facebook’s PR operations have historically worked. Rather than openly coming clean, it exploited the public’s inattentiveness on holiday eves to sublimate the damage such revelations might create. Digital Content Next’s Jason Kint astutely captured Facebook’s strategy:

Re-reading The Times’s meticulous reporting, it’s clear that Facebook’s handling of this crisis will serve as a case study for textbooks on how not to behave. Never should media-manipulating tactics usurp a company’s values and mission. Nick Confessore noted as much in this excellent edition of “The Daily” podcast where he was joined by his co-reporter Sheera Frenkel:

“Confronted with a scandal that they [Facebook] have enabled propaganda to overrun their platform, they turned to a PR firm to generate propaganda for them.”

I only hope that in the age of Trump, others seeking a crisis PR playbook will discount the nefarious (and short-sighted) PR tactics that Facebook has deployed. Journalists, and the public they serve, simply bristle when sensing they’re being spun.

Just to recap: after initially calling our story inaccurate, (and internally calling it “false”), Facebook has now confirmed most, if not all of our reporting. They just waited until eve of Thanksgiving when they thought as few as possible people would be reading. https://t.co/xMvw13ahLi

That said, this chapter in Facebook’s crisis PR journey is not yet fully written. Here’s the latest (from NBC News): Facebook’s Sheryl Sandberg says she saw materials from PR firm

Sandberg, who last week said she hadn’t known about the work of Definers Public Affairs, said that emails referencing the firm had indeed crossed her desk.

If there’s any consolation for Facebook, it is that some new national outrage will displace the company’s latest scandal in our unrelenting news cycle. Then of course there are the likely impending regulatory and legislative battles — both here and abroad.