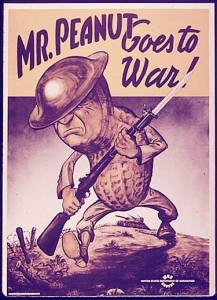 It’s no secret that the brave new world of 2.0 is awash with myriad conferences and industry gatherings covering just about any subject that could hold sway with one’s imagination. But guess which industries have the most to gain (or lose) from these social media-fueled confabs? Right. Advertising and PR.

With that said, New York City’s the place to be this week. No, not if you plan to travel in by car since the UN is back in session and the world’s most dangerous man arrives on our shores to create his share of hate-inspired havoc.

This week is Advertising Week 2007. Ad Age (and former PR Week) editor Jonah Bloom pretty much sums up for The Times’s Stuart Elliott how far the indsutry has come from the days of Mr. Peanut:

“It’s not that the icons aren’t a fun part of the industry. But the industry is more sophisticated than that. An industry with smart tools to move the sales needle, that wants to attract smart people, was being represented by Mr. Clean and Mr. Peanut.”

Today also marks the start of MediaPost’s OMMA Conference, which has attracted a who’s who of industry pundits to paint a picture of the new Online Media, Marketing and Advertising world. The conference’s subdued subtitle: “Worlds Collide: All Hell Breaks Loose.” Here’s OMMA’s description:

“2007 has been a watershed year for the media, marketing and advertising industry, with online resurgent, and with its rise, new challenges for traditional media and advertising models. The effect has been two worlds with very different economic structures colliding into one. Digital agencies are taking the lead and are becoming the centerpieces of organizations ranging from Publicis to Microsoft. Traditional agencies â€“ both media and creative â€“ are reshaping and reimagining themselves in a digital blueprint.”

Later in the week, this blogger will participate in Bulldog Reporters’ “PR Agency Management ’07 Summit” Not to be outdone, The Conference Board will host a two-day’er called the “2007 Corporate Reputation and Communication Conference: Influencing the Opinion and Behavior of Your Organization.”

And last but not least, The Publicity Club of New York (of which this blogger serves as president) will play host at a Thursday luncheon in midtown to editors and producers from Money magazine, Kiplinger’s, WCBS-TV News and Consumerist.org.

Who can keep track? Maybe Iran should consider holding its PR conference in New York this time next year?