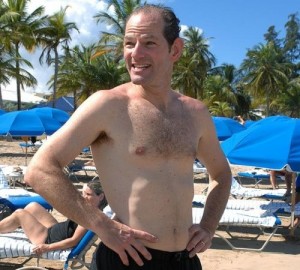 Both Hollywood publicists and New York State lobbyists find themselves grappling with the issue of diminished influence. In Hollywood, outlets like “ET” and “Access” have built dominant media franchises by pandering to the celebrity set (and their handlers).

“In the past, media coverage of celebrities often hinged on the promotional agenda of studios, publicists and other handlers. …TMZ.com has quickly gained an audience by posting news articles garnered from documents, unofficial videotapes, exclusive paparazzi shots and other sources like law enforcement officials and courthouse clerks…As a result, TMZ.com has become the celebrity handlerâ€™s worst nightmare.”

In Albany, (New York State’s capital), Governor Elliot Spitzer (pictured) has made his distaste for the lobbying industry well known:

“City Hall and Albany have put the squeeze on lobbyists in the last few years. The gifts, dinners and endless bar tabs that made lobbyists popular with lawmakers have been curtailed, and Mr. Spitzer has created a panel to look at further changes.

As if their craft had not been tarnished enough by the likes of Jack Abramoff and movies like ‘Thank You for Smoking’ and Michael Mooreâ€™s new ‘Sicko,’ lobbyists say that now they have to contend with a City Council proposal that suggests the work they do is underhanded. The Council will soon vote on legislation that would reduce the amount lobbyists can donate to political campaigns by 90 percent.”

As frustrated as New York State lobbyists and Hollywood publicists may be by the dual affronts to their respective callings, neither group sits idly by. The Albany crowd is organizing a trade association to, in effect, lobby for the lobbyists:

“Mr. Davidoff said a formal association would make it easier for the industry to react to attacks. It could also help shape reforms, he said. Interest seems to be catching on. About a dozen industry professionals attended a meeting six weeks ago at the Regency Hotel on Park Avenue when the topic was introduced, a meeting first reported by Crainâ€™s Insider. The number nearly doubled when the group met again three weeks ago at Mr. Davidoffâ€™s offices.”

Conversely, the Hollywood publicist recognizes the increasing influence of TMZ, but treats the new age outlet with a kit-gloved, retro approach:

“That influence has also made him [Harvey Levin] a feared figure in Hollywood. One publicist who declined to speak on the record because of fear of retaliation against his clients likened Mr. Levinâ€™s power to that of the 1940s and 1950s gossip columnists like Walter Winchell.

‘If you have something you know they will like, you tip them to it,’ the publicist said. ‘Itâ€™s kind of the old way you dealt with the old-time gossip columnists. You have to occasionally feed them an item. You have to be in the game with them. If youâ€™re a publicist and the only time you call up is to complain about an item, theyâ€™ll laugh at you.'”

While I don’t believe either practice is faced with imminent extinction — Albany’s lobbyists had a record year last year — the times sure are a changin‘. Stay tuned for TMZ’s TV debut this fall.