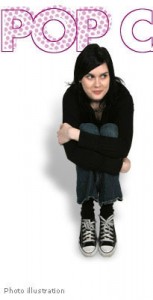 Yes, I know it’s out of vogue to admit being a member of gen boomer. But considering that The Police and Genesis were the two top grossing performers in 2007, and Clapton, The Eagles, The Stones, and the Moody Blues all drew SRO crowds, who’s to say what’s in or out of vogue? But I digress.

I remember when USA Today made its debut. The same goes for CNN whose first (of three) New York bureaus sat on the ground floor of the World Trade Center. And then there were People magazine (US Mag arrived later) and “Entertainment Tonight,” which I first heard about from my buddy David Friendly after his brother Andy floated an idea for a fast-paced entertainment news show for national syndication.

All thrive today as big-branded MSM. In fact USA Today remains the nation’s biggest circulation daily (all those free hotel copies?) at a time when newspapers face do-or-die pressure to reinvent themselves. At its birth, however, journalism’s elite castigated the color broadsheet for its “shallow” approach to news reporting, and dubbed it “McPaper.”

So which journalistic enterprises are poised to prosper in today’s changed media landscape characterized by stark, new media consumption habits, (eg., time-shifting, online), a 24/7 news cycle, and, frankly, fickle consumers with short attention spans. All combine to make the “news nugget” approach much more in vogue.

Take Twitter. Two recent national and one micro-focused “news” feeds recently caught my eye. The first entailed NASA setting up a Twitter feed to follow the Mars landing. Then we had tweets emanating from China capturing the first rumblings of a massive earthquake. And finally, I noticed that the organizers of the College Sailing nationals championships tooled with a Twitter feed to follow this weekend’s action on the regatta course in Newport. (My #2 son was competing.)

Will Twitter take the USA Today model to its rightful conclusion…and toward profitability? And what does the explosion of 140-character missives say about the current state of journalism, or perhaps, the consumers thereof? Instantly gratifying for sure, but shallow just the same. Back to the future.