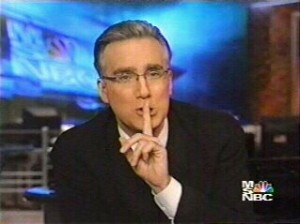 OK I finally relented and activated my FaceBook account. I’ve resisted for too long, mostly because my three boys think it’s creepy for their Dad to be tooling around on what heretofore has been their dominant online lair.

After hearing this news, my #3 son informed me that he programmed my settings so that I would be invisible to him, his older brothers and all their collective FB friends. I guess that’s fair. It would be a little smarmy for this boomer to be chatting up their millennial minions.

With the number of social networks multiplying at a Ning-a-fying rate, how does one choose which online community will best serve his or her personal and professional interests?

To hear Chris Anderson tell it: “…the world does not need another mass market social network…” (eg, FaceBook or My Space). Anderson droned on to say that “micro-focused social networks” are where it’s all headed, especially from a CPM perspective.

I do know two social networks that I’ve come to truly despise. If you do anything, avoid Hi5 and Naymz like the plague…because the plague is a most apt metaphor for how these two seemingly non-discretionary online “communities” ensnare their victims.

Recently, both my wife and sister received effusive evites to join Hi5. By clicking on the link, each unknowingly set in motion an invitation “from them” to their entire AOL Mail contact list to join Hi5. How insidious is that? Shame on you Hi5!

Recently, this mild-mannered PR pro received several invites from some fairly influential friends to join another social network called Naymz whose motto reads: “empowering reputable professionals.” Could the editor at Ad Age, a senior reporter for the Wall Street Journal and the head of a respected PR consultancy actually have taken the time to personally seek my membership in this dopey sounding social network? Highly doubtful.

So to Hi5 and Naymz: you’re officially designated the “wooooooorst social networks of the weeeeeeeek.” Readers, be forewarned.