I’m sure you heard the news this week that one of the three American heroes who foiled that terrorist plot aboard a Paris train was himself stabbed in a late-night altercation on the streets of his hometown of Sacramento, CA. No, it wasn’t a terrorist attack, and yes, he’ll survive. Reading the story further, we learn that his fellow American hero postponed his college start due to the Parisian train incident. His college? Umpqua Community College in Oregon. (You can’t make this stuff up.)

As a voracious consumer of media, I’ve found it impossible of late to avoid the barrage of advertising and promoted content touting DraftKings and FanDuel on nearly every screen in my life. And it’s no wonder. Ad Age reports that these unregulated fantasy sports sites have an eight-figure marketing spend weighed heavily no doubt to capitalize on the start of the football, hockey and basketball seasons, let alone the beginning of the Major League Baseball playoffs:

“Tired of watching those two Masshole Pats bros hopping around like House of Pain in that ubiquitous DraftKings spot? Had about enough of the weirdly soporific jackpot winners featured in the equally relentless FanDuel ads? Get used to them, because there appears to be no end in sight for the fantasy sports onslaught.” 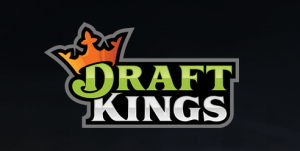 When a relatively unknown company so obnoxiously elevates its public profile (think GoDaddy and its early Super Bowl foray), eyebrows invariably will be raised. For the most part, those eyebrows sit on the faces of prospective customers. But sometimes, the added scrutiny can expose a misstep that will lead to unintended consequences.

Well, that news-making, crisis-inducing catalyst reared its ugly head in the guise of a DraftKings employee using his company’s player/team data to “game” FanDuel’s site and “earn” himself $350,000 in the process.  From ESPN:

“The industry came under scrutiny when it was widely learned that DraftKings employee Ethan Haskell published data revealing what players were included on most rosters. The next day, Sept. 28, Haskell finished second in a million-dollar fantasy contest on competing daily fantasy site FanDuel and won $350,000.”

“Schneiderman’s letter also seeks to understand where the data is stored, what protocols are in place to protect that information and what the company policy is regarding the sharing of that information.”

This was followed shortly by a class-action lawsuit filed by some disgruntled fantasy sports customer out of Kentucky.

The first class action lawsuit against FanDuel & DraftKings has been filed, according to @PPVSRB

I suppose these dual Gatorade drenchings are producing the opposite effect than what we see on the football field. To make the matter even more interesting — at least from this PR pro’s perspective — was the re-surfacing of one Justine Sacco as a spokesperson for FanDuel. You remember, Ms. Sacco? She was IAC’s misguided and much-maligned PR chief who unwittingly tweeted out a racist comment before getting on a flight from NY to her native South Africa, thus going off the grid while her tweet hung out there to fester. And fester it did, sending Ms. Sacco into a two-year exile until the news of her new position inadvertently appeared this week. What, FanDuel? No news release announcing her hiring? I posted about Ms. Sacco’s ill-fated Twitter faux pas in which said:

“In my mind, the tweet was so offensive, especially coming from a person who has reputational oversight of a $5 billion publicly traded company, that I struggled to believe it willfully emanated from her Twitter account. I was hesitant to condemn her even after receiving an IM from a media reporter friend of mine who knew and liked Ms. Sacco, but who nonetheless felt she had in fact sent the offending tweet.”

In retrospect, I still wonder how Barry Diller’s IAC could have hired someone with such relatively thin credentials to lead his company’s PR function. (But that’s a whole other post.) Also, my media-savvy pal Jeff Bercovici, for whom I have considerable respect, defended her in a Forbes piece at the time. It’s hard and often presumptuous to evaluate a company’s crisis management acumen without having access to the facts on which decisions are being made. Nonetheless, I would say that FanDuel (and DraftKings) seem to be doing the right things. From Re/code:

“FanDuel says it has nothing to hide, and now it’s trying to prove it. The online fantasy sports site has asked former U.S. Attorney General Michael Mukasey to perform an audit in light of recent allegations that its employees have used access to internal data to increase their chances of winning money in pay-to-play fantasy sports contests. It also permanently banned its employees from playing any fantasy games for money on any site.

What’s more, DraftKings’s youthful founder appeared earnest and contrite in an ESPN interview, the dominant sports TV network owned by Disney, which had tried to take a 20% stake in his company.

To its credit, however, ESPN expunged DraftKings’s spots from its airwaves…at least for now.

As for Ms. Sacco, it appears she (and her new employer’s outside PR consiglieres) are doing a decent job in containing the damage. Sure, the machinations of Mr. Schneiderman and the disgruntled fan from Kentucky will give the story some legs, but for the most part, the company appears to have taken the requisite steps to shorten its shelf life. As my pal PR veteran Drew Kerr tweeted this week:

@mathewi @PeterHimler Good for Justine Sacco! She deserves redemption just like everybody else.

As I said, you can’t make this stuff up.