Not too long ago, positive change inevitably occurred following an embarrassing news report of a company behaving badly, e.g., shafting its employees out of their justly earned wages. This no longer is the case. The politicization of the low income worker has made such corporate malpractice a talking point wherein the lowest wage workers are cast as takers, moochers or worse, union members.

I was surprised by just how little public attention was given to office supplies chain Staples after President Obama “shamed” its management during a recent interview with Buzzfeed’s Ben Smith. Mr. Obama said:

“I haven’t looked at Staples stock lately or what the compensation of the CEO is, but I suspect that they could well afford to treat their workers favorably and give them some basic financial security, and if they can’t, then they should be willing to allow those workers to get the Affordable Care Act without cutting wages…It’s one thing when you’ve got a mom-and-pop store who can’t afford to provide paid sick leave or health insurance or minimum wage to workers — even though a large percentage of those small businesses do it because they know it’s the right thing to do — but when I hear large corporations that make billions of dollars in profits trying to blame our interest in providing health insurance as an excuse for cutting back workers’ wages, shame on them.”

Sadly, for every media outlet that reports on corporate mistreatment of low wage workers, there are countless others who trumpet a fine-tuned mantra of employers’ rights and government overreach. Nowadays it is rare when an investigative news piece alone produces positive change for the greater good. There are simply too many other “media” to neutralize even the most shocking, well-documented news report.

There was a day not too long ago when a growing media storm served as the primary catalyst to spur a company’s crisis team into action. A string of bad stories in and of itself literally defined a crisis. Negative media coverage can still hurt a company, but the fragmentation, politicization and ephemeral nature of news have shifted the impetus for a crisis elsewhere – namely to regulators and attorneys general.

One such corporate crisis-driving crusader is New York State Attorney General Eric Schneiderman. In a Daily Beast piece that asks “Will big service industry corporations finally be held accountable for the money they cheat from their employees?,” Mr. Schneiderman forced Papa Johns Pizza, no stranger to controversy, to pay a fine of $800,000:

“Last week, the owner of a chain of Papa John’s was ordered to pay $800,000 in back pay to workers he’d shortchanged by rounding down to the nearest hour on their time cards and failing to pay overtime properly.” 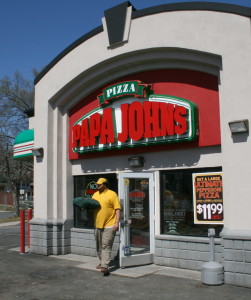 BTW, not a good week for the purveyor of pre-fab pizza. Pop star Iggy Azalea called out the company for violating her privacy…during the Grammy Awards to her 4.3 million Twitter followers, no less:

. @PapaJohns was my favorite pizza but the drivers they use give out your personal phone number to their family members.

Mr. Schneiderman has ratcheted up the pressure on this minimum wage issue:

“This latest judgment is part of a big push by New York’s attorney general, Eric Schneiderman, who has also sued local McDonald’s and Domino’s franchises.” 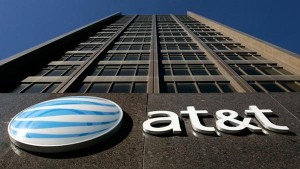 Shifting from the legal to the regulatory front, this week the FCC dealt a likely blow to large ISPs like Comcast and Verizon with its position on net neutrality, while the FAA appears to have dealt a death blow to Amazon’s dream of using drones to deliver products. Amazon disagrees with the interpretation of the FAA’s policy: “We are committed to realizing our vision,” while Comcast, AT&T and Verizon will likely file suit:

“Anticipating the announcement, Hank Hultquist, AT&T vice president for federal regulatory, indicated in a blog Monday that legal challenges are sure to follow. “Those who oppose efforts at compromise because they assume Title II rests on bulletproof legal theories are only deceiving themselves,” he wrote.”

Modern crisis management is shifting away from media message management (in the court of public opinion) to effective navigation of the regulatory and legal environments.

Can positive media exposure be useful in these environment, let alone for reputation management? Sure, but not as much as it once did. Maybe Harold Burson was always right when he insisted (and I paraphrase): “it’s not what a company says, but how it behaves that will determine how it’s ultimately judged.”