There’s nothing like a good facilitator to get a team’s creative juices flowing during an agency brainstorm session. I’ll never forget the late Charlie Farley — yes that’s his real name — after whom Cohn & Wolfe named its creativity award.

Charlie had a knack for and a few cool techniques for extracting some out-of-the-box thinking from his creative session participants. At the outset of all his sessions, he laid out the rules with four simple symbols: 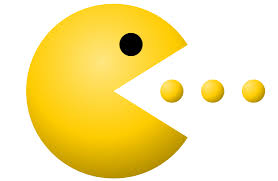 There was also an expression he favored: “Don’t be led down the road to Abilene.” This happens during the idea evaluation phase when people remain mysteriously silent just as an utterly inane idea takes root.

Why Abilene, I don’t know, but I do know that if one does not speak his or her mind — in a fact-based constructive way — bad ideas can morph into actual programs that sometimes have negative outcomes.

Two of the world’s most venerable, but increasingly challenged brands, Coca-Cola and McDonalds, recently have learned what it’s like to reside in Abilene. The famous beverage company used this year’s Super Bowl as a platform to launch its #MakeItHappy automated social promotion.

Adweek described it this way:

In its inimitable way, one famous media troll — Gawker — took the opportunity to test the hashtag with a phrase from Hitler’s Mein Kampf.

“Gawker created a Twitter bot, @MeinCoke, which tweeted lines of Mein Kampf at Coca-Cola to see if the brand would turn lines from Hitler’s autobiographical manifesto into art. It did.”

Coke suspended the campaign. Maybe this is what Twitter CEO Dick Costolo alluded to when he said: “We suck at dealing with abuse.”

Moving on to another once venerable consumer brand that may or may not have been led down the road to Abilene, McDonald’s also embarked on an ambitious promotion wherein customers could win free menu items at the cashier if they agreed to share the love with a stranger.

This week, the workers at DC’s Union Station apparently didn’t get their profiling right when they activated one of the QSR’s “Pay With Lovin” promotional gambits. They ambushed a jaded journalist who only wanted her Egg McMuffin. It resulted in a Wall Street Journal piece titled:

“I’m Not Lovin’ It, McDonald’s: I wanted an Egg McMuffin. Instead, I found myself being urged to ask a stranger to dance.”

“The public embarrassment ended soon enough, and I slunk away with my free breakfast, thinking: Now there’s an idea that never should have left the conference room.”

As far as I know, the McDonald’s promotion lives on to the chagrin of some in spite of this parting shot from The Journal:

“McDonald’s should dump the “love” mantra and get back to the excellence mantra that made the Egg McMuffin a world-wide phenomenon.”