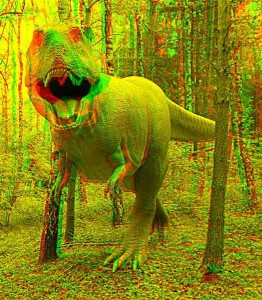 PR people often advise their start-up clients to make sure their ducks are in a row before the big public reveal of their new product or service.

Case in point: Microsoft’s “first broad consumer Web service, called Photosynth [which] turns multiple photos of a scene or site â€” say, an art gallery or a building â€” into a 3-D scene you can virtually â€œwalkâ€ through on the Web” (as explained by Walt Mossberg).

The Redmond, WA company’s PR reps aggressively courted a number of the leading consumer tech columnists for an early look at the new service. Several took them up on the offer since first-look status nowadays is often the price of admission for gaining editorial traction in the personal tech space.

But in spite of an in-person deskside briefing, one prominent newspaper columnist decided to pass up the opportunity. (Hey, you can only lead them to water…) In this case, the Washington Post’s Rob Pegoraro was glad he didn’t. He also shared in a blog post his rationale behind the decision that started with a PR courtship:

“I opted not to do that, thinking at first that Photosynth might make more sense as a blog post, not a column in its own right. I was also reluctant to try out this Web service — or any other company’s — in a pre-release state; as recent events have shown, a site’s scalability and performance issues may not surface when only a selected group of testers can play with it.”

“Anyway, after seeing the headlines on the NYT and WSJ sites, I clicked over to the Photosynth site to check it out for myself and discovered, as many of you may have, that it was out of commission. An apologetic notice confessed that the site was “a little overwhelmed today” and would not allow any photo uploads ‘while we’re reviving it.'”

Ouch. To his credit and for some added insight into the journalist’s thought process, Pegoraro ended his column with a short questionnaire (from a colleague’s “You be the Editor” game):

“What would you have done, not knowing ahead of time if the Photosynth site would crash or not?

A. Reviewed it in its pre-release state;

B. Held off on that topic to write about deep packet inspection;

C. Written about some other subject altogether.

If you choose C, you have to say what the other subject would be! The comments are yours…”

On the other side of the coin, some will argue that after reviews by the media-catalytic dynamic duo of Pogue and Mossberg, what else matters (at least in the MSM).