One can’t help but get excited by the energy and inventiveness percolating in the Big Apple right now. Back in the dot-com days, the drivers of the digital revolution were often such weenies that it made it difficult to buy into, let alone satisfactorily service their shtick.

They simply did not know what they did not know…at least when it came to crafting cogent and compelling communications. Today it’s palpably different. More on that in a minute. 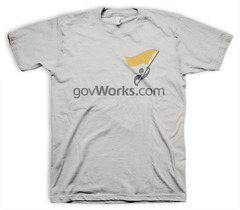 I’ll never forget the pre-Millennium presentation we did for a team of smarties from the dotcom govWorks. A week before the new biz pitch, they called to ask if they could videotape the gathering. We (fortuitously) declined, but they agreed to meet anyway.

This particular dotcom had the lofty, if not prescient goal to webify all government functions — from renewing driver’s licenses to paying parking tickets to securing building permits. Sounded awesome, but getting from point A to point B left much to be desired.

Following the pitch, the prospect more or less offered us the assignment with the caveat that the senior execs at the table unconditionally work on the account. We couldn’t make that commitment, and walked away. Two years later, the documentary film Startup.com bowed at the Sundance Film Festival. It chronicled the rapid rise and fall of govWorks.

It’s different today, at least in New York City. Many of the entrepreneurs I meet here are unpretentiously thirsty for that secret recipe that will help their dreams take root. Just attend any NY Tech Meetup, NYEBN Startup Pitch Series, TechStars, or UltraLight Startups event, and make a point to engage some of the presenters. You’ll find a fresh receptivity to what we as communications pros have to offer.

Following the April NY Tech Meetup, I heard from one of the presenters whose three-year-old ed-tech startup had already elicited 110,000 downloads for its range of apps in the iPhone app store. Andrew Cohen, with an undergrad degree and foreign service experience in international relations, had an epiphany a month before he was to start his Masters program at Yale in International Relations. He had devised a better and more efficient way for people to retain facts, and wanted to see this idea to fruition. Brainscape was born.

Andrew did a little research and stumbled upon Columbia University’s Graduate Program in education technology. He convinced the Dean that his distinct approach to this most universal need warranted his acceptance even though the application process had long since closed. Today Andrew is presiding over a company that’s poised for big doings in the ed-tech marketplace. (Move over Princeton Review, Stanley Kaplan and Rosetta Stone.)

I grabbed breakfast with Brainscape’s boss at Balthazar today and asked him about his company and the challenges he faces in getting the word out. (After all, this is a PR blog.)

Click here to hear what Andrew had to say. (RT: 7:22) Forgive the background noise.

Looking ahead, I hope to make this a regular feature given the extraordinary need that exists right now among the myriad startups in New York and elsewhere. If you are or represent a startup that’s getting results by doing things differently in the PR space, ping me.