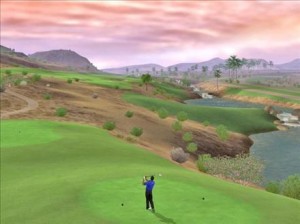 When last I checked, Tiger was still trending on Twitter. Today two London papers poured more fuel on a fire that just refuses to go out. The Guardian‘s “Organ Grinder” blog postulates:

While The Times of London published no fewer than six tales of the Tiger today alone. The Guardian, in true British newspaper hyperbole, writes:

“Let’s get one thing straight: Tiger’s situation is no ordinary brand collapse. This is the high watermark for individual brand disintegration.”

The blogger goes on to report the demise of individual athlete sponsorships:

“The Tiger Woods saga is the final nail in the coffin for other sports stars hoping to use their athletic prowess to bag double their wages in sponsorship and endorsement deals and associated perks.”

I find this highly improbable (as a New York Yankee fan thinking of Derek Jeter). One of the multiple Times stories fingered Tiger’s management team for breech of its reputational duties:

“The rumours have prompted questions over why Woodsâ€™s once-slick management team have allowed the scandal to get out of control, as his online promotional machine appeared to have ground to a halt.”

I heard my left coast buddy Howard Bragman on New York’s 1010 WINS yesterday morning suggesting that Tiger should have come to Jesus a week ago, but now it’s much too late for a “simple” interview to stop the bleeding (my words, not his). Here are his words:

“Last week he had a big PR problem. I think it’s really changed this week. Now my gut is that he’s got a life problem. There are some major issues he has to confront.”

Two thoughts on this:

Even if Tiger came clean a week ago, through let’s say a presser or single media interview, could that have prevented or lessened the damage caused by the groundswell of crowd-sourced revelations that have emerged since?

And by not being so readily available — rightly or wrongly — isn’t Tiger, or rather, his PR consiglieres, in a stronger position to dictate the outlet and the terms of an interview should (when) it eventually come to pass?

Update (7pm) – Tiger announces on his website he’s taking an “indefinite break from professional golf. I need to focus my attention on being a better husband, father, and person.”