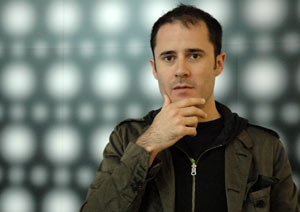 Let’s revisit Twitter, and specifically the ubiquity of the rapidly expanding microblogging channel in the news media. Much of the coverage has occurred naturally, a bi-product of the editorial echo chamber, nourished to a great extent by Twitter’s RT-happy users.

Some stories appear consensual. While others seem precipitated by Twitter itself or its PR advisors (does it have any?). No matter the origin, the strategy begs the question: to what end?

Readers of this space will know that this PR pro is not a big fan of gratuitous media exposure. Sure, it feeds egos like Donald Trump or P. Diddy, but in an enterprise or organization, PR should have a purpose: to produce results (and I don’t count the appearance in a media outlet as a result in and of itself).

Take for example yesterday’s first-person profile of Twitter co-founder Evan Wiliams (@ev) in The New York Times’s “The Boss” column. I read it and thought “why?” What were the goals for this interview and were they accomplished?

Does Twitter really need more media exposure, and if it does, why this column? Clearly, the tech team at The Times has given Twitter more than its share of attention. But then again, perhaps this statement from Mr. Williams provides a glimpse of the current strategy (and the story’s raison d’etre):

“Right now, anything we would do to make money would take our time away from acquiring more users. We have patient investors.”

So it appears that growing the channel’s user base is first and foremost on Twitter’s mind right now (in spite of conjecture that search will ultimately drive revenue). It’s a cart-horse thing. Yesterday’s Times’ piece ended on this note:

“My wife, Sara, a designer, keeps me balanced. Weâ€™re building a modern house that we hope will be done by 2010. The design is a challenge â€” thatâ€™s why sheâ€™s in charge.“

Evan, good luck anyway with your home design challenge, though I’d much rather learn of your plans and aspirations. The talk you gave at TED was a great start.