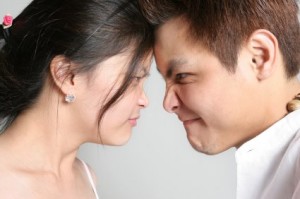 Lisa and Julia, you gotta appreciate Keith O’Brien. Here we are in the slowest (and hottest) month of the year, and this former tech reporter now editor-in-chief of our industry’s leading weekly conceives this idea for a PR Blog-Off.

“As part of its 10th anniversary celebration, PRWeek is honoring one of the most important technological advancements in content distribution of the past 10 years: the blog.”

But instead of just listing a bunch of blogs and asking people to rank them, this clever editor (and friend) took a page from the NCAA Final Four to pit 32 bloggers against one another. It included the requisite grid but lacked the betting pool. You know, those boxes for which you pay $5 to insert your initials.

What’s especially astute about the whole affair, at least from Haymarket‘s perspective, is summed up in the rules:

“Bloggers have agreed to participate in the tournament, and were allowed to promote their participation on their blogs and elsewhere.”

And sure enough, most have. In essence, PR Week created a dynamic where some of the more authoritative blogs have taken to their social networks to garner votes and by so doing, draw attention (and links) to…PR Week. How smart is that?

I suppose if I have any chance of prevailing over a most worthwhile opponent in Lois Paul, I too need to mobilize my Twitter, LinkedIn, Facebook and Friendfeed friends and followers. Well, it is August, so what else is doing? As Keith says: “…we hope all enjoy the spirit of the tournament – and have a little fun with it.”