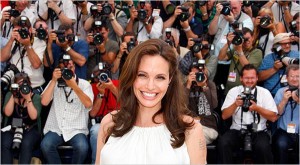 One would be hard-pressed today to attend a media, marketing or PR conference where social media and ground-swelled client case studies didn’t dominate the agenda.

I can’t recall a time in which so many similarly themed panels abounded, and this includes the dot-com era. (Admittedly, this PR pro has presided over his share.)

The proliferation of these kinds of events is understandable. The changed marketing and media environment spawned a cottage industry on which trade associations and conference companies have capitalized. Then there are the media companies, which have been forced to create new revenue sources to supplant their diminishing advertising intake.

What’s unfortunate is that the economic downturn will invariably create a Darwinian downturn in the number of these industry events just at a time when marketing professionals needs them most. Earlier this week I received multiple Facebook messages alerting me that the Webby Awards I had planned to attend was cancelled.

In spite of the myriad events where pundits proudly pontificate on our industry’s prospects, PR practitioners still need to know a thing or two about media relations. Sure, we recognize that tech-savvy reporters in certain industry beats, e.g., tech, marketing, media, boast of bypassing “the PR filter” through micro-blogging, social networking or just plain networking. Truth is, we’re grappling with the same tools to bypass “the media filter” to reach end audiences. But this is a conversation for another day.

For many media beats, e.g., entertainment, biz/financial, travel, etc., the back-and-forth rules of journalist engagement still apply. Did you see the piece in today’s New York Times in which L.A.-based entertainment scribe Brooke Barnes dissects the deal to bring images of Angelina and Brad’s twins to the cover of People magazine?

Here’s what she wrote in her story titled “Angelina Jolieâ€™s Carefully Orchestrated Image”:

“According to the deal offered by Ms. Jolie, the winning magazine was obliged to offer coverage that would not reflect negatively on her or her family, according to two people with knowledge of the bidding who were granted anonymity because the talks were confidential. The deal also asked for an ‘editorial plan’ providing a road map of the layout, these people say.”

The insinuation of an editorial quid pro quo for access and a future guarantee of positive coverage prompted this vitriol from a Time Inc. spokeswoman:

â€œThese claims are categorically false,â€ the statement said. â€œLike any news organization, People does purchase photos, but the magazine does not determine editorial content based on the demands of outside parties.â€

The truth lies somewhere in-between. The PR handlers of in-demand celebrity newsmakers, of all stripes, can and do leverage access in exchange for editorial consideration – both tonal and topical. The big established news organizations will effusively deny they compromised their editorial integrity, but rest assured, negotiations take place where ground are laid — whether they be for Angelina Jolie, Tom Cruise or Sarah Palin.

What’s most impressive, media conferences notwithstanding, is that Ms. Jolie appears to personally preside over these chores. From The Times:

“Most skillfully, she dictates terms to celebrity magazines involving their coverage of her and her family, editors say, creating an awkward situation for publications that try to abide by strict journalistic standards. In a separate 2006 negotiation with People, Ms. Jolie invited magazine editors…to bid on exclusive photos of her and her adopted Cambodian son, Maddox. But she made coverage of her charity work part of the deal.”

So this prompts the question: Angelina, would you care to serve as a guest speaker at our next Publicity Club of New York luncheon? I promise no personal questions.