I can’t decide whether these are the best of times or the worst of times for public relations professionals. Clearly, we’re thriving in a changed and changing world that, frankly, is not well suited to those accustomed to the status quo. On the one hand, companies still crave and handsomely compensate their agencies for stories “placed” in mainstream media outlets. In fact, many of these “placements” still move business needles, albeit at a greatly reduced capacity compared to five or ten years ago. (Thank you media fragmentation.)

Even so, as someone who has made a career and still plies the “earned media” trade for a range of clients, I get the heebie-jeebies when a prominent journalist from a highly sought-after business news site quips during a recent Publicity Club of New York luncheon that he “hasn’t written a story pitched by a PR person in years.” Huh? 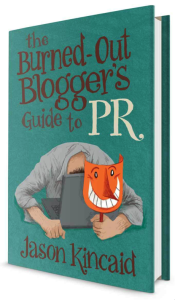 Are PR pros losing their clout and credibility with the editorial news channel? Or are some beats simply less receptive than others to our emailed story and interview suggestions? Could Twitter-obsessed journalists’ own social streams have rendered obsolete the well-meaning PR pro’s perfectly crafted and targeted story idea? Maybe the hundreds of daily misguided PR come-ons polluting their inboxes have necessitated ignoring the missives from anyone they don’t recognize?

You’d be hard-pressed to find a PR person today who wouldn’t acknowledge the growing challenge of engaging journalists — other than perhaps the in-house communications teams at Google, Apple, Facebook, Amazon or Netflix who are more adept at fielding than pitching.

At the same time, we have many good reasons to rejoice as the practice of content marketing envelopes our industry. No longer must PR pros rely solely on the benevolence of journalists to advance their clients’ news and narratives. There are a myriad new ways to gain traction for one’s message or messenger that have little to do with convincing a journalist of its editorial merit.

Most of the world’s big, socially engaged brands need only post their news on their corporate blogs, Tumblr page, or to their “owned” social platforms like Facebook, LinkedIn, Twitter, Pinterest, YouTube, and Instagram in order to reach their various “publics.” Even the SEC has loosened Reg FD rules to permit publicly traded companies to announce material news through social media.

Consumers not only follow these channels, but so do the reporters and analysts on whom corporate communicators have so heavily relied to amplify their stories. Communications pros can now engage directly with end audiences using visuals and language they choose, i.e., free from third-party scrutiny.

This new paradigm of influence has totally upended how PR pros will work in 2015 and beyond. Increasingly content now arrives on consumers’ desktops and mobile devices from a vetted source they know or follow. In other words that fabulous front-page story you “placed” in the Miami Herald has little impact a) if it’s not digital, and b) if no one shares, likes or favors it on social media. (FWIW, it still looks good in a frame on the executive’s office wall.) And not unimportantly, the client loves it (though perhaps for the wrong reasons).

I still have my daily must-visits in the expanding media ecosystem, but the vast majority of what I consume nowadays is pushed to me from those I’ve chosen to follow on Twitter, Facebook and LinkedIn. Real-time news with links continually surface on the social streams I vigilantly manage, and they more than satisfy my daily nutritional media requirements.

“That kind of wholesale transfer of content sends a cold, dark chill down the collective spine of publishers, both traditional and digital insurgents alike. If Facebook’s mobile app hosted publishers’ pages, the relationship with customers, most of the data about what they did and the reading experience would all belong to the platform. Media companies would essentially be serfs in a kingdom that Facebook owns.”

“But the thing is, the media isn’t just competing with your little sister—it’s co-opting her, using her as a vector to spread its content. She is the new delivery mechanism. We don’t learn about the world from The New York Times, we learn about it from The Times stories that our family and friends share or that show up as push notifications four minutes before one from The Guardian does.”

In a piece titled “There’s More To Media Than Posting Links of Twitter and Facebook,” GigaOm’s Mathew Ingram recently riffed on The Guardian’s Heidi Moore’s contention in Nieman Labs (“The Readers We Can’t Find”) that there are important audiences that do NOT get their news and info from the social spheres. Ingram wrote:

“Moore talks about how excited journalists get when their stories are shared on these networks, or get lots of ‘likes” and ‘favorites,” because we all know that this is a big part of how content gets discovered now – through social connections and algorithmic curation. But some of that joy rings a little hollow.”

Ms. Moore has this to say:

“While these platforms are indispensable to us as newsgatherers and as distributors, they also have their limits. Facebook, Twitter, and several other social media platforms form an echo chamber for the media savyy: the ones who are news addicted, tuned in, apped up.”

True. A majority of Americans still get their daily news intake from appointment TV. Yet it is my belief that eventually a majority of media consumers will use some socially driven curative mechanism to get today’s headlines. Digiday’s astute chronicler of all things media Lucia Moses this week profiled former HuffPost founding editor Alexandra MacCallum, now the New York Times executive charged with out-buzzing Buzzfeed. Moses wrote:

“Giving stories a social nudge has also become a bigger affair. In the past, the Times’ social media team primarily focused on Twitter. MacCallum’s team has enlisted other social platforms, as well as search and mobile. “

To her credit, MacCallum puts her role in proper perspective:

Recognizing the growing value that social media audiences, i.e., friends and friends of friends, offer to brands, Weber-Shandwick recently struck a strategic partnership with a NYC-based startup called Niche, which matches large consumer-facing brands with social media “stars,” e.g., those with mass followings on platforms like Twitter-owned Vine and Facebook-owned Instagram. The brands compensate these “journalist” upstarts to produce and share sponsored content, i.e., a new kind of third-party endorsement. 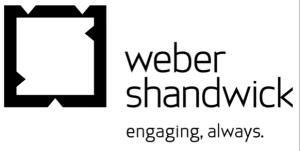 “Niche has captured the power of this movement by building a vast community of creators producing compelling content that’s optimized for their social media platforms and community of followers.”

So while earned media is harder than ever, a growing swath of the PR industry celebrates its new ability to create and disseminate content unfettered by unwelcome (and uncontrolled) journalistic scrutiny. Gone are the days getting dissed by some beleaguered reporter who had neither the time nor interest in weighing the merits of your carefully honed pitch. Yippee!

Me? I’m not rejoicing just yet. I have bigger picture concerns in light of my past client work (and empathy) for journalistic institutions like The New York Times, The Associated Press, and the Online Publishers Association.

For example, The Times recently published a piece that questioned the harsh employment practices of the world’s largest retailer. That retailer’s communications chief cleverly took the opportunity to post on his company’s blog a point-by-point refutation, which in turn was amplified by scores and scores of highly followed “journalists” whose political proclivities carry more weight than objective reporting. The “facts” touted by the communications chief eventually proved dubious, but the retailer still scored a win in the court of public opinion. Its point of view gained as much or more traction than the original New York Times column.

The issue speaks to the essence and future of journalism – a debate that permeated the third season of HBO/Aaron Sorkin’s The Newsroom, exploded into the mainstream with the proposed digitization of the century-old New Republic, and consistently has the likes of Buzzfeed and others defending their journalistic integrity, even as they tweak their algorithms to bolster clicks and shares.

As we enter 2015, one has to ask how content created by youthful YouTube stars, private corporations, advocacy groups, and digitally native outlets that often value reader engagement above all else will shape public opinion and ultimately our democracy. This vast cacophony of content competing for our time can easily drown out the work being done by bona fide news organizations big and small.

The PR industry, now swelling with former journalists, has landed a leading role in the content creation game. This role, however, comes with increased responsibility if we as an industry are to rebuild and retain our credibility and influence. It is imperative that we reassert our commitment to transparency, especially in who’s funding our content marketing initiatives, and that what we create and disseminate passes the litmus test for PR fluff and spin.

(A shorter version of this piece was first published by PRSA.)