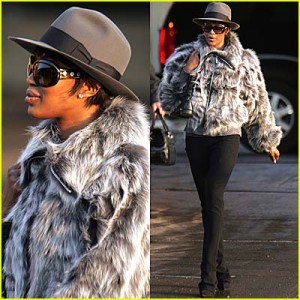 Now here’s a thought: could the over-the-top media attention for Don Imus ultimately boost his career prospects? Or did the curmudgeonly shock jock truly suffer a fatal blow (as this blogger predicted early this week)?

Frankly, in thinking further about this oh-so-modern conundrum, I am beginning to feel that I may have been too quick to sign the death knell.

Let’s first consider some past anti-social behavior that catalyzed the careers of a smattering of celebs. All recovered and profited after some short-term suffering:

Of course there are certain offenses that seem…well…harder to bounce back from (not that gunning down your boyfriend’s wife didn’t have its hurdles). Here are a handful where the taint of scandal lingered:

Is it the nature of the offense or the public reservoir of goodwill that determines the offender’s reputational resilience? Crisis expert Richard Levick had this to offer:

“Typically, when celebrities like Don Imus fall off a cliff — communications professionals focus their commentary on how they can regain equilibrium and resuscitate their careers. But this is not a ‘typical’ celebrity scandal. In fact, there is probably no way for Mr. Imus to return to former prominence as he simply does not have a fund of goodwill to draw from or high-visibility supporters to come to his rescue. After all, the guy made his career by insulting people.”

I’m not so sure, Richard. Yesterday I observed a large sign alongside a rain-soaked New York road: “Bring Imus Back.” Setting aside his heinous remarks and non-resonant apologies (except perhaps from his wife), it’s inevitable that some enterprising entertainment executive will eventually capitalize on Brand Imus, for better or worse.

Consumers of popular culture simply make little distinction between the famous and the infamous. We live in an age where headline-making notoriety too often translates into greater marketability. The egregiousness of the crime seems to matter less in the equation than the volume of media coverage it spawns.