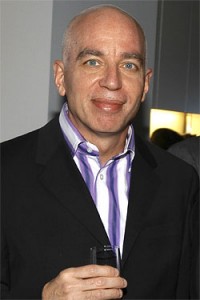 The inimitable Jeff Bercovici, a survivor of the recent Portfolio (and CondÃ© Nast) trim-down, today tells us about the impending piece from Michael Wolff (at right) in which the Vanity Fair contributor and Newser.com founder promises to share his fatalistic fling through New York’s gossip grind, and with the New York Post in particular.

The titillating tale likely germinated with Wolff’s much-ballyhooed “authorized” biography of News Corp chieftain Rupert Murdoch, and ultimately led to the demise of his marriage and his determined desire to publicly defend his honor.

Apparently, Wolff had an affair with a young, much younger woman who toiled at Newser.com for $12/hour and also worked as “an intern” (her words) at Vanity Fair.

So how is any of this relevant to a blog written for and about the PR biz, you ask? It seems the youthful object of Mr. Wolff’s affections also penned her perspective on the affair in Britain’s The Spectator. She’s a decent writer who offers up some astute (and helpful) observations of how online dish-mongers differ from their ink-stained predecessors:

“The new sanctimony is, too, the result of internet journalism. Gossip mongering on the internet could be as competitive now as when New York was a city full of aggressive and prying newspapers (cf. Sweet Smell of Success with the evil columnist J.J. Hunsecker â€” itâ€™s always been a favourite of mine). But the internet is probably worse. Its cliquishness makes it more high-school-like than journalism-like. And high school is more hurtful than journalism. The cruelties of the internet are due, surely, to its fishbowl properties â€” everybody who is writing gossip on the internet knows everybody whom they are writing about; indeed, everybody seems to be writing about each other. Or going out with someone who is doing the writing. In its article about me, Gawker referred to a former boyfriend of mine who went out with a former Gawker editor.”

Given Mr. Wolff’s propensity for not mincing words, I’m looking forward to his first-person account of the hit his honor has taken by the gossip guppies swimming in New York’s media fishbowl.