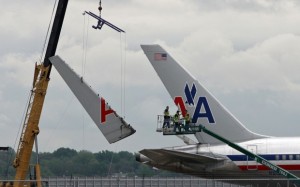 Who in our field hasn’t advised their clients to increase their investment in monitoring what’s being said about their products, services and issues in the social spheres? It’s not just listening to the conversation, but the digitally smart companies have empowered so-called “social media representatives” to engage detractors, primarily for the purposes of distracting them from detracting.

How much latitude should a company give these internal (and increasingly external) teams when it comes to placating disgruntled customers?

In the last week two very influential blogs – TechCrunch and Cosumerist — have called out companies who simply didn’t follow through on the promise. The engagement apparently ended when the socially “empowered” reps requested contact information from the angry Twitterer or blogger for the presumed purposes of resolving the complaint.

It appears that many companies are giving social lip service to this increasingly vital aspect of public/customer relations. Perhaps they feel that the simple act of engaging a complainant in conversation can itself neutralize the issue? But what if the rant emanates from someone with more than 30,000 Twitter followers, or worse, the capacity to caustically elaborate on the pages of one of the world’s most popular blogs?

Last week TechCrunch co-editor Erick Schonfeld finally was so fed up with his AA flight that he whipped out his laptop (a Macbook or iPad 2 we presume) to pen a post lambasting the airline and its social media reps for their ineptitude.

“Oh, and @AmericanAir also managed to prove that it is an utterly toothless marketing arm of American which fails when it comes to providing actual customer service. I never thought Iâ€™d say this as a loyal American Airlines customer who has travelled hundreds of thousands of miles on American over the years, but it may now be worse than Delta.”

His colleague Paul Carr followed up a few days later with a post titled “The Scandal Of Toothless Social Media Representatives Endsâ€¦ Now” in which he took down the entire practice of social engagement:

“In fact Erickâ€™s â€˜rantâ€™ was long overdue. American Airlinesâ€™ social media department does suck when it comes to providing actual customer service. But hereâ€™s the thing: so does everybody elseâ€™s.”

He goes on to paint the entire practice as a house of cards solely designed to quash public-facing dissent:

“Across America, and the world, thousands upon thousands of people are current employed as â€œsocial media representativesâ€ or â€œonline brand ambassadorsâ€ or whatever title weâ€™re giving to this army of 19-year-old, disaffected, invent-your-own-job-title millennials this week. In almost every case, those responsible for the Twitter accounts of giant companies have absolutely no access to customer accounts, nor are they in any way able to make the decisions required to resolve complaints.

Instead their job is simply to identify angry customers, publicly apologize and then promise to resolve the matter by DM. Nothing more. This despite the fact that for a growing number of customers, these @companyname or @companynamecares Twitter accounts represent the primary public face of multi-billion dollar brands.”

I think Mr. Carr and Mr. Schonfeld make good points, as did Consumerist’s Ben Popken when he picked up on the TC meme to say that the real goal of these social media reps is to take the nasty conversation offline:

“By asking the user to “direct message” the information, it takes the conversation out of public view. A decent percentage of those people will stop publicly tweeting. Either they forget/get too lazy to take that extra step, or they want to be honorable and give the company a chance without publicly bashing them, or they otherwise get sucked into dealing with the social media decoy.”

It’s not just a matter of giving a company’s social media reps the “teeth” to compensate the complaining customer. It’s also a question of whether this function can cost-effectively scale within the enterprise to engage literally every complainer on Twitter, Facebook or a blog. Shouldn’t a company first assess the complainant’s Klout before determining its course of engagement? As Mr. Carr observes:

“Erick and I are fortunate to have TechCrunch as a platform to draw attention to this scandalous waste of company resources and mass-deception of customers. The vast majority of people arenâ€™t so lucky.”

Yes, the vast majority of people do not have a platform like TechCrunch to air out their frustrations. On the other hand, history tells us that a single angry, no-name airline passenger with a camera phone has the capacity to bring a most reputable company to its knees.

Do all companies fall short in this area? Hardly. I personally experienced a make-good from a prominent auto manufacturer after I complained on the pages of this small blog. Even so, many companies today would clearly benefit by thinking longer and harder about what role their social media reps should play, let alone how to better identify individuals and incidents that have the potential to incur real reputational damage.