How quickly things change in the PR business. In fact, how quickly things have changed in every business function — from marketing to sales to CRM to IT! Even with all this tumult, there remains one consistent imperative for managers: to attract and retain talent who’ve kept abreast of the changes in their respective professions.

Years ago, frustrated by the lack of a codified approach to assessing whether a job candidate had the right stuff, I developed a questionnaire for my team’s prospective hires. The questions would not predict whether the candidate would ultimately succeed in his or her job, but rather serve as an unscientific barometer of currency. It also revealed whether the candidate had an innate curiosity about the machinations of what we do, a quality that’s sorely lacking in many PR professionals I meet today. (Less mentoring, I suppose.) 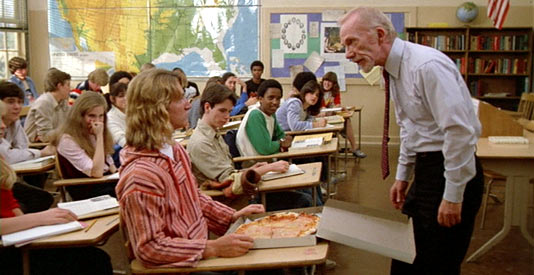 My test questions contrasted with Google’s (in)famous open-ended job interview questions, e.g., “How many piano tuners are there in Chicago” or “How much does the Empire State Building weigh?” Rather, I took a practical, close-ended approach with a few “what would you do?” scenarios.

The last iteration of the PR Quiz was created in early 2014, and a quick re-visit shows just how quickly time has passed, i.e., many questions were, well, tired. Hence, here’s a refresh that may again test your PR mettle:

Q1) The Financial Times recently announced that it would not charge its advertisers by the number of reader views or clicks. What measure has it decided to use?

Q2) Jon Stewart will soon retire as host of Comedy Central’s “The Daily Show.” Who is his replacement?

Q3) Where do the following work:

Q4) Which of the following media outlets would not be considered “digitally native?”

Watching a television program outside of its regularly scheduled time slot on a device and in a channel of one’s own choosing.

In digital media terms, a pin is an image one posts to a board on Pinterest that links back to the source article in which the image is featured.

Airbnb, Zipcar, Etsy, and Uber: “Defining The Sharing Economy: What Is Collaborative Consumption—And What Isn’t?”

The Facebook initiative, dubbed Instant Articles, is aimed at speeding that process, people familiar with the matter said. Facebook plans to start hosting news and videos from BuzzFeed, The New York Times, National Geographic and other publishers as early as this month, those people said.

Programmatic enables marketers to leverage data to buy audiences and drive efficiency through the use of algorithms and machine learning. More here.

Q6) What’s the difference between sponsored content and native advertising?

The two terms are often misused or confused. Here’s a link to former Digiday reporter (now a “content strategist” for the Washington Post) Josh Sternberg’s take on all the content marketing jargon one’s likely to hear.

Q7) What are Periscope and Meerkat and what recent high profile sporting event offered a glimpse of their potential greatness and likely challenges?

Meerkat launched its app first, followed shortly thereafter by Periscope, which was soon acquired by Twitter. Both allow users to live video stream via their mobile devices to Twitter. Periscope just announced a version for Android.

Elon Musk:  CEO and CTO of SpaceX, CEO and product architect of Tesla Motors and chairman of SolarCity.

Gwen Ifill: Moderator and managing editor of Washington Week and co-anchor and co-managing editor, with Judy Woodruff, of PBS NewsHour

A11) It’s a great question. The simple answer, to quote from Dickens, is that it’s both the best and worst of times.  Legacy media are laying off journalists and consolidating operations, while leaner digitally native sites are hiring, and also producing quality content.

Q12) In which cities do the following news media reside:

Q13) What do Bill Simmons, Alexia Tsotsis and David Letterman have in common?

A13)  All recently left their high profile positions at ESPN, TechCrunch and CBS-TV, respectively.

Q14) In journalism, what does TLDR stand for?

Q15) What’s all the hype with “content marketing?” Is “earned media” a dying art?

A15) Public relations professionals are said to outnumber journalists by a ratio of 4 or even 5:1. As a result, gone are the days when comms pros can rely on the benevolence of journalists to advance their communications goals. The competition for editorial engagement is fierce, requiring i’s dotted and t’s crossed. More and more PR pros now look to other “content marketing” schemes to propagate their clients’ products, services and point-of-views — paid, and otherwise.

Q16) On a typical weekday, CNBC’s daytime TV ratings are closest to:

A17) Evan Williams calls the content-driven site he founded a “platisher.” It is both an easy–to-use platform to which anyone can post their thoughts and ideas, while at the same time a publisher of quality content from paid editors like Steven Levy for his “BackChannel” publication on the site. (Yours truly also edits a Medium publication called “Adventures in Consumer Technology.”)

Q18) When offering a journalist the opportunity to report a story on an embargoed basis, what shouldn’t you do?

A18) _X_ Include the news release and other supporting assets in your initial contact with the reporter.

_X_ Advise the reporter what other journalists are receiving the offer to report the embargoed story.

_X_ Ask the reporter to sign an NDA to ensure that he/she does not break the embargo.

_X_ Request that the reporter publish the story on a specific date and time.

_X_ Ask the reporter to share his/her story with you before it posts to ensure accuracy.

Q19) Is it now ethically acceptable to pay an influential blogger or someone with a large social media following to produce branded content on behalf of a client?

A19) In the early days of consumer generated media, i.e, blogging, there was a great debate over the ethics of pay-for-play scenarios. This debate even spurred regulators to lay down rules requiring greater transparency about who’s paying for the content these bloggers produce.  Nowadays, virtually every consumer-facing brand has a program in place wherein they pay bloggers and social media influencers to create content that advances awareness for their brands.  Better known publishers identify their content as “sponsored,” but smaller and lesser0-known ones do not.

Q20) Should Pats QB Tom Brady take team owner Bob Kraft’s lead and accept his punishment – a four-game suspension? Why? Why not?

A20) Typically, the goal in a crisis is to express contrition with the hope that the story will quickly disappear from the media and public consciousness. In this case, however, Tom Brady has the luxury of the NFL Players Association to advocate on his behalf for a reversal of the suspension, allowing him to chill while the case winds its way through the system.   The passage of time goes a long way toward making people forget the original sin. Brady’s strategy may very well prevail.  (IMHO)