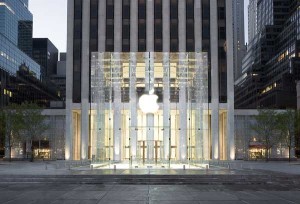 What else can one say about Mark Penn?

My eyes turned to the videopost from Steve’s co-editor Heather Green in which she and her Business Week colleagues Spencer Antune, Catherine Holohan and Arik Hessaldahl (remote from Long Island) dished on the latest tech news. The usual items included MySpace’s auspicious entry into the online music retailing space, RIM raising its earnings projections, and the one that intrigued me the most — the shortage of iPhones in Apple retail stores and a 5-7 day lag time for online purchase.

Huh? Is this true? Ms. Holohan suggested that the company has manufactured the supply shortfall in an effort to give the product some luxury goods cache, a la “Wii or Ugg boots,” Mr. Antune chimed. Hessaldahl confirmed that it was not a parts issue since the key components of the iPhone are in excess supply. The dominant theory speculates that Apple may have something new (EG 3G) up its sleeve.

Separately on the Blogspotting site, Steve Baker reports that several of his Business Week colleagues are ankling the “ad economy” for (literally) greener pastures. A couple are headed to McKinsey, one to Bloomberg and another, senior editor Mike France, has joined former Wall Street Journal M&A reporter, now player Steve Lipin at Brunswick. Hmm. I wonder where he’ll earn more?