In the nascent days of this blog, I penned a post on Donald Trump and the catalyst that thrust him onto the national stage. That small, but powerful gesture singlehandedly paved the way for a credible conversation about a Trump Presidential run. Do you remember what it was? I’ll remind you. 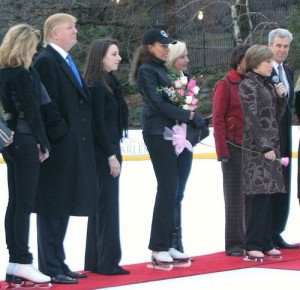 After years of neglect and municipal ineptitude surrounding the rebuilding of Central Park’s dilapidated Wollman Skating Rink, Mr. Braggadocio publicly boasted that he could re-build the rink in a few short months and under budget. Guess what? He did, and his legend was born.

For my readers in the reputation-minding biz, there’s nothing like a simple, compelling act for driving such a narrative. Countless examples abound from Sully Sullenberger’s heroic feat on the Hudson to Angelina’s Jolie’s U.N. refuge work to Tiger Woods‘ flagrant indelicato. These acts — some calculated, some from the heart and some unforeseen — all have served to indelibly define their perpetrators in the eyes of the public.

In recent years, the capacity for a single act to forever forge one’s persona has succumbed to the gushing firehose of news and information that quickly enters and exits a fickle public’s consciousness. Actions that once built lasting reputations, fueled by a media in lock-step, today get snuffed out by the natural or celebrity disaster of the day. Hence the reason for today’s post.

What level of edginess or outrageousness is required to break through today’s media clutter? And does the public (and the media that supposedly serve it) any longer decipher between good and bad when anointing celebrity status? 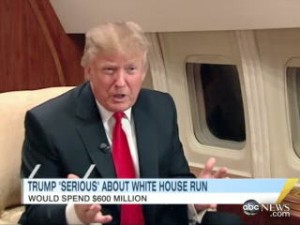 Take a look at Trump. Was his (and his consiglieres’) embrace of the widely discredited, but still incendiary birther platform a calculated gambit to reinvigorate his lagging public persona? As distasteful and ill-conceived as it was, it did result in boffo “Apprentice” ratings and a regular stint on Fox News. Right?

What about Charlie Sheen? If there ever was a poster boy for psycho behavior, he would be it. (Joaquin Phoenix, step aside.) Yet Sheen’s decision to socialize and publicize his craziness led to a Mark Cuban offer for his own HDTV series, a possible truce to return to CBS, and a national tour.

Of all the public personalities who’ve recognized that bad behavior can have positive results in a media culture that doesn’t distinguish, few can rival Lady Gaga. From the meat dress at the MTV Video Awards to the bizarre outfit at her sister’s high school graduation to the drunken exhibitionism at The Mets game, Ms. Gaga has profited handsomely (did I just say that?) from these outlandishly choreographed public appearances.

Most of us don’t have the pleasure (or displeasure) of working with such personalities. We’re charged with building brand esteem for more middling enterprises. Yet, we still have to compete in a media ecosystem where only the most controversial or edgy can rise above the din to create more redeeming buzz. 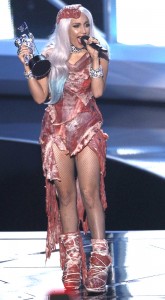 I’m reminded of Crispin Porter’s purposely edgy Super Bowl campaign for Groupon, which resulted in the agency’s termination, but also a boost in revenue for Crispin’s former client.

Currently we’re witnessing the CEO of GoDaddy, no stranger to concocted controversy, rapaciously defend his elephant-slaying stint caught on video. As egregious as it seems, Go Daddy has reaped millions in free exposure for its leader’s bad behavior, and may ultimately take it to the bank.

As painful as these controversies are initially, some in our line of work have (sadly) recognized that a little pain can also produce a lot of gain.