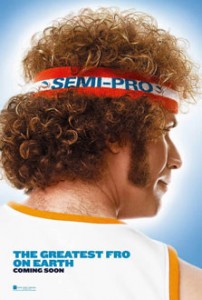 Everyone knows how much incremental (earned?) media those expensive Super Bowl or Oscar spots generate for those betting their ad budgets on these telecasts. At $2.7 mill for a 30-second Super Bowl spot, we should hope so! (BTW, Fox says its inventory is almost sold out.)

Many marketers no doubt count on that PR pop to justify their multi-million dollar investments. They retain PR firms to “leverage” their clients’ creative to end up on the list of “most recalled.” In fact, the noise for this year’s game already has started. Perennial big bowl bettor Budweiser floated Ferrell (at left) to whet the media’s appetite.

Climbing today on the Digg charts, we find the publicity backlash from the Iowa TV spot created by the PR provocateurs for their most dangerous candidate Mike Huckabee. In this case, the head of The Catholic League, appearing on the Giuliani Channel, took issue with the crass/cross subliminality of Huckabee’s holy hucksters.

Then we have that wonderful Burger King spot that’s climbing the YouTube fave list. It shows customers’ reaction to the staged disappearance of the Whopper from the BK menu. Talk about authentic! (Boy I hope these MOS customers aren’t eventually revealed as actors.)

It’s interesting how the folks at Crispin have built their agency by creating buzz-worthy (e.g., news-generating) advertising. Who’d a thunk an ad agency would understand what it takes to succeed in PR? A cautionary tale.

I’m still hoping that one day, a forward-thinking cosmetics or fashion company jumps on an advertising idea I had years ago for the Oscar telecast. It goes like this: all nominees in the supporting actress category pre-tape a TV spot for the company. Immediately following the award, we cut to commercial…featuring the (exasperated) winning actress (preferably in her designer gown) finishing her thank you speech. Hey, that might just work.