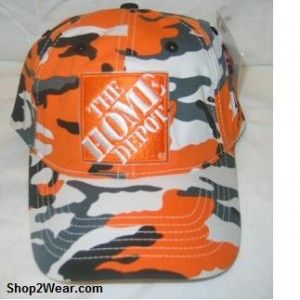 I used to do some PR/community relations work for Home Depot. The work entailed helping the pioneering big box retailer gain a bigger presence in the New York market. As expected, area mom & pop hardware stores feared for their very survival.

We were charged to provide all relevant parties with historical data on the true impact the big boxer had on moms and pops in other markets. Guess what? The impact was relatively minimal, which paved the way for the retailer to win approvals for stores in Queens and Yonkers.

I also remember how enamored I was with Home Depot’s fresh, community-minded culture — one that empowered local and regional managers to fund worthwhile causes in its communities, e.g., fixing up a local ball field, that sort of thing.

More recently, Home Depot has glommed onto the enviro bandwagon, but with decidedly mixed results. The first cracks appeared with a less-than-flattering New York Times piece titled “At Home Depot, How Green Is That Chainsaw?” The piece questioned the veracity of the chain store’s claims of environmental friendliness across its many SKUs.

Then today, The Times (again) reported on how some eco-minded, digitally savvy activists (rightfully) challenged the Atlanta company to pull its advertising from Fox News, a network that has done more than its share to discredit the science behind global climate change.

“A short video by Robert Greenwald, ‘Fox Attacks: The Environment,’ has been viewed more than 380,000 times since it was posted on YouTube on July 9…the video highlights Fox News clips, in this case experts claiming that global warming caused by pollution is, among other things, a ‘hoax.'”

Thus far Home Depot — a big NASCAR favorite — has refused to pull the spots in spite of the apparent contradiction with the company’s massive “Eco Options” marketing initiative. The reason:

“‘Itâ€™s not our place to judge Fox Newsâ€™s position or any other media outletâ€™s position on global warning,’ responded Ron Jarvis, vice president for environmental innovation at the retailer, based in Atlanta. ‘Nor will we try to influence that position with our advertising dollars. Weâ€™re advertisers, not censors.'”

A specious argument, me thinks, but one that surely will play well in Talladega.