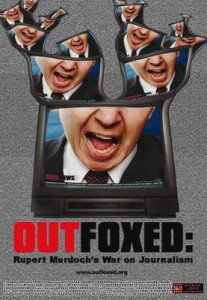 A fascinating story in Sunday’s New York Times that explores the rise of low-cost, but effective (and infectious) consumer-generated videos that advocate for and against the Presidential candidates.

Its focus was Robert Greenwald whom I briefly met in the press room at last week’s Personal Democracy Forum. It was his video that forced Sen. McCain to disavow his evangelical buddies Revs. Paisley and Hagee.

There’s little news in story of consumer-generated media’s influence on politics, brands and reputations. As PR practitioners, we have warily eyed it for a couple of years now.

What caught this PR pro’s wary eye was the way in which political operatives have attempted to channel these amateur videos to advance their interests. Some cost as little as $100 to produce, but have garnered more visits than NBC’s “Meet the Press.” The Times’s Jim Rutenberg writes:

“The change has added to the frenetic pace of the campaign this year. ‘Itâ€™s politics at the speed of Internet,’ said Dan Carol, a strategist for Mr. Obama who was one of the young bulls on Bill Clintonâ€™s vaunted rapid response team in 1992. ‘Thereâ€™s just a lot of people who at a very low cost can do this stuff and donâ€™t need a memo from HQ.’

A former Mitt Romney strategist shared one tactic for countering the spate of unflattering amateur campaign videos aimed at his boss:

“It flooded YouTube with positive videos of Mr. Romney. ‘The new model of response is to dominate the market share of information about your candidate,’ said Kevin Madden, Mr. Romneyâ€™s former press secretary.”

Mr. Greenwald, whose documentary work I’ve followed over the last few years (Sorry, Bob, I wasn’t a fan of “Xanadu or “Burning Bed”), is doing his share to ensure that Mr. McCain takes this same “labor intensive” tack. Furthermore, Greenwald sums up in one quote just how far a shift we’ve seen from MSM to CGM for influencing the court of public oponion:

â€œFor years I sat in conversations with people who said the only way we can be effective is we have to raise $1 billion and buy CBS,â€ Mr. Greenwald said. â€œWell, Google raised a couple of billion and bought YouTube, and itâ€™s here for us, and itâ€™s a huge, huge difference.â€

Now we just have to gain a better understanding of how to empower the “groundswell” to channel its passions — hopefully with our clients’ interests in mind. One such model launched recently from the Obama campaign:

Three weeks ago, the Obama campaign started a Web site called â€œFight the Smearsâ€ to, among other things, debunk portrayals of Mr. Obama as Muslim. It allows its users to e-mail the information easily to friends.

â€œWhat weâ€™re really trying to do is knock down important things that are wrong, which also diminishes the power of the next set of rumors,â€ said Mr. Carol, the Obama aide.

OK So we can’t “control” the motivated masses, but we can give them the tools to help further our goals, can’t we?